Home » NEWS » The story of Freibeuter2010-Damen 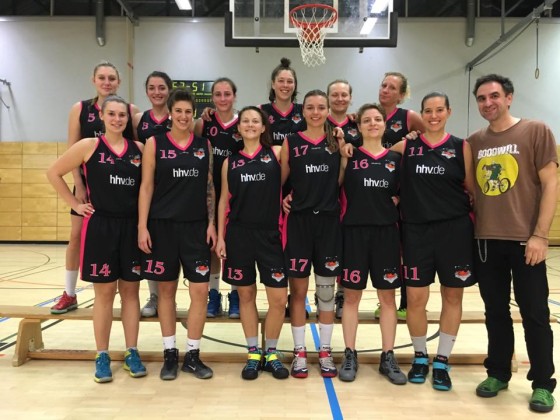 If you were wondering how come all of a sudden Freibeuter 2010 has a female team in Regionalliga 2, here’s the story of Freibeuter2010-Damen.

Back in the season 2010/2011, when female basketball in Berlin still had Bezirksliga (discontinued in 2013) the team started as the second Intercor team (Intercor Damen 2) with a core group of hearing impaired girls that also play for Berlin’s hearing impaired team BGSV.

The first season they won Bezirksliga and next season they became the first Intercor team (Intercor Damen 1) and got promoted to Landesliga. In the season 2011/2012 they ended second in Landesliga and got promoted to Oberliga. After losing their first coach, the season 2012/2013 was the toughest season and the team barely managed to stay afloat in Oberliga finishing at the 8th place. With the new coach the next season (2013/2014) the team established themselves in Oberliga and finished 5th. The real challenge was the season 2014/2015. After starting the season with three consecutive losses, the team fought their way up to the first place and qualified for Regionalliga 2. The former club (Intercor) didn’t have the funds to allow the team to compete in Regionalliga and the only option was to find a new home.

Heavy hearted, the whole team and the coach moved to the neighbouring club Freibeuter2010 following an amicable departure from Intercor, the club they started with. Indeed, they still train in the same gym and at the same training times as before. This season, these newcomers to Regionalliga managed to upset all the opponents in the league and finished the first half of the season on the first position. The home games are especially lively thanks to a loud group of supporters that follows the team at all the games in Palisadenstrasse.
Their next game is on the 9th of January at 7 pm against the very good team of TUS Neukoelln. We hope to see you there. 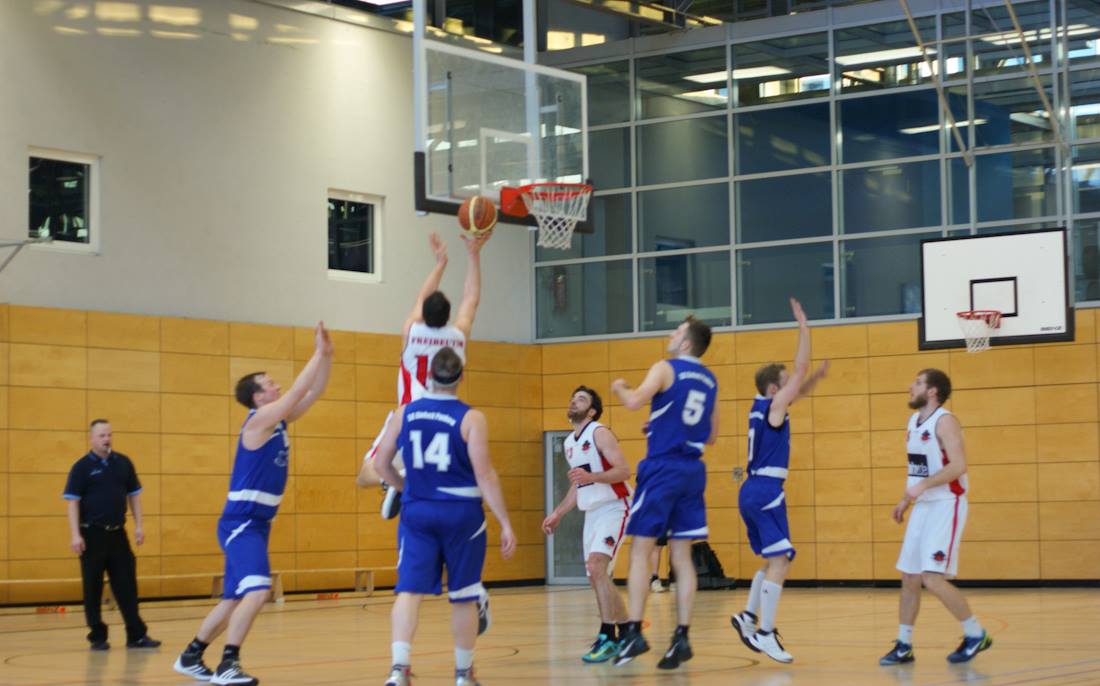 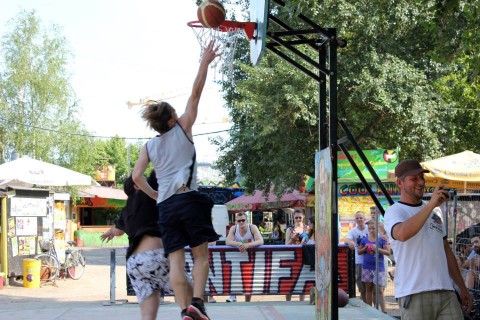 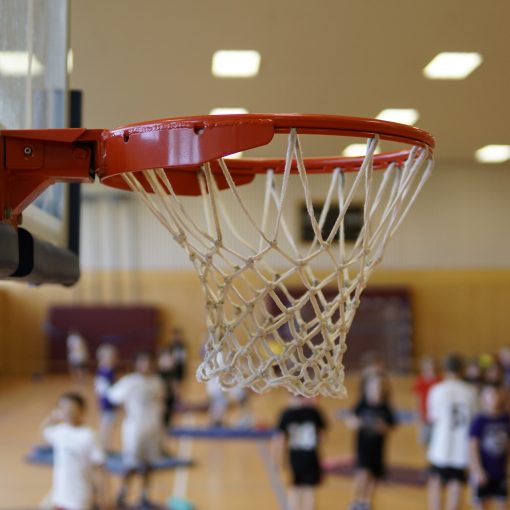 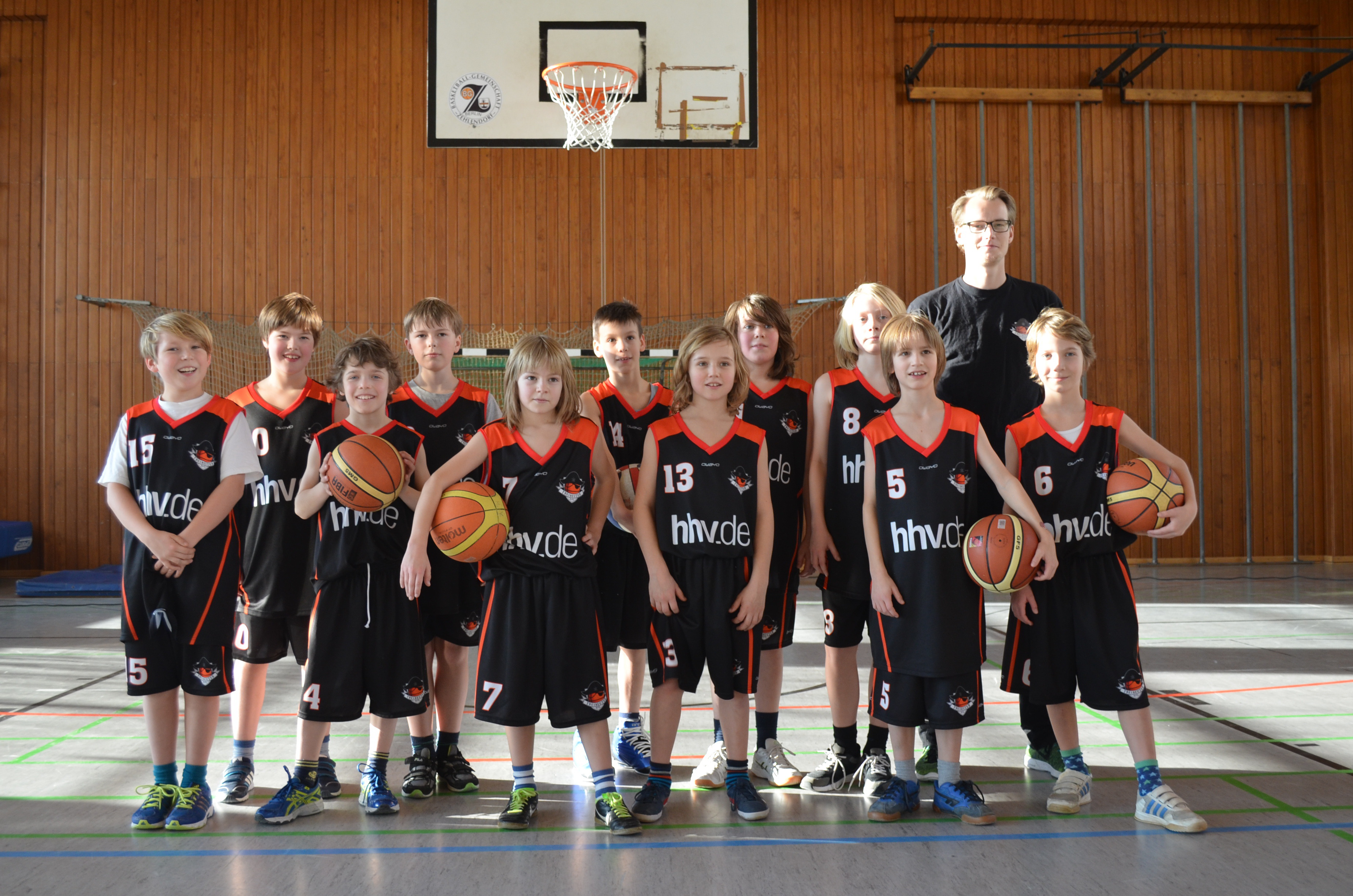